Peculiar climate of Amazonia provides conducive conditions to local fauna and flora making it unparalleled to any other region on earth. If you are ready to eat what the nature gives you, to try living in the world without electricity and phone calls, and if you don’t mind sleeping in hammocks or shacks built by yourself or having a bath in the river, certainly you should set out on a journey to Amazonia. In return, you will experience pristine nature, animals, reptiles, insects and plants of whose existence you have had no clue so far. You will learn what should be best avoided, how to use healing properties of plants and you will find out how a man lives away from the modernity and technology. Fortunately, I was not either alone, or dependent on my own. The guides whom I found on the Internet (amazonjungletours) got me acquainted with the life there. I can fully recommend their organization, competence and approach to the tourists.

Amazonia, above all, is a paradise for the nature and tropics lovers. The Amazon is the largest and probably the second longest river, after the Nile,(the length of the river is still undefined which at the same time evokes a lot of discussion) that flows through Peru and Brazil. 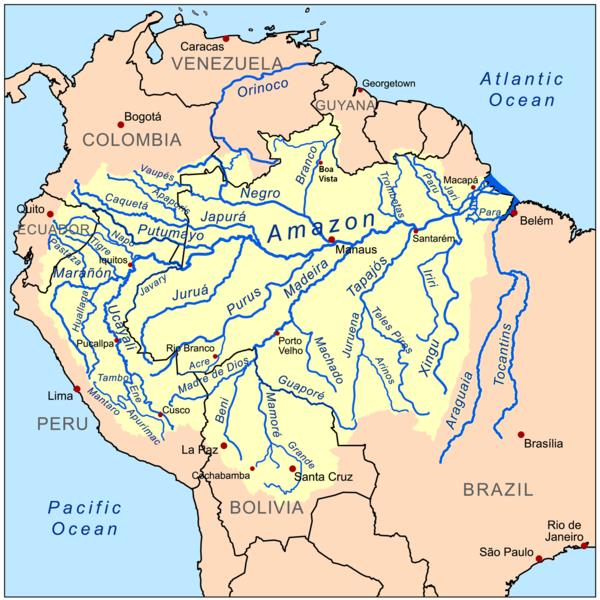 The capital of this interesting region is Manaus. The city plays a significant role for its residents because there is a very important harbour in Brazil which brings high income. In the area there are also many factories, companies, and places of accommodation for tourists who want to experience an adventure in the jungle.

It’s best to get from the airport to the city centre by bus which has a stop near the Teatro Amazonas – the ticket costs $5R. The more expensive option is taxi which is around $60R. If you purchased a trip to the jungle, pick-up from the airport should be already included in price.

The main attractions of Manaus are:

Palace of Culture – previously a private residence, then the seat of state authorities. 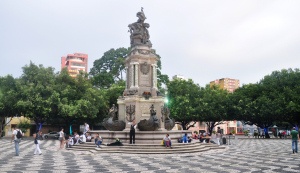 Amazon Theatre – within its walls, there sang the most outstanding world class artists. It is very well known throughout the world because of its appearance and location. 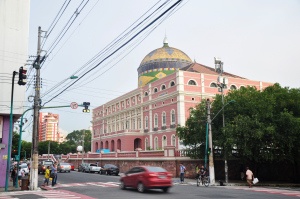 Praia de Ponta Negra – the beach located 20 km away from the city of Manaus. 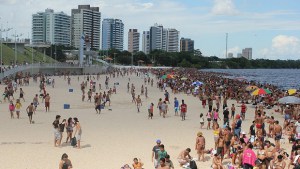 Encontro das águas – dark brown Negro river and yellowish Solimoes flow separately next to each other for around 10 km. This phenomenon is caused, among others, by the differences in temperature and density of the rivers. 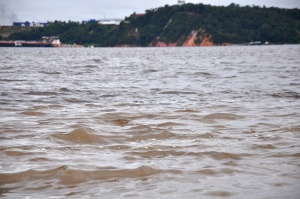 If you wish to travel deep into the jungle, you have two options. The first one is the cruise (in addition you can spend one night in the jungle), the second – sleeping in the lodge. These are small cottages, with various attractions, located in the jungle. 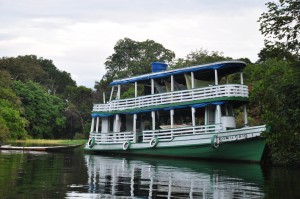 I chose the accommodation at the ship and in the jungle alternately.

What you should take with you:

Once I landed in Manaus, I immediately felt that climate there was different from that of other cities in Brazil. After spending a rainy night, early in the morning the driver picked us up and took to the port of Manaus. There, a guide and two other people were waiting for us together with other tourists who were also accompanying us throughout the trip. The price of the trip included: a pick-up from the airport, water, food (breakfast, lunch, dinner), English-speaking guide and a hammock with mosquito net, which not entirely fulfilled its role as the mosquitoes were biting through the material ;-). Right from the harbor, we went by motor boat to the village of Careiro, and on the way we could observe an amazing phenomenon of the meeting of the waters of the Negro and Solimoes.

In the village there was the last chance for shopping and sending messages or calling loved ones saying that civilization ends at this point. Then, we were off on a 50-minute trip by bus to the village of Araca where the Amazon ship met our eyes. It was meant to be our residence for the next few days. After saying hello to the captain, cook and assistant guide, we set off into the unknown. 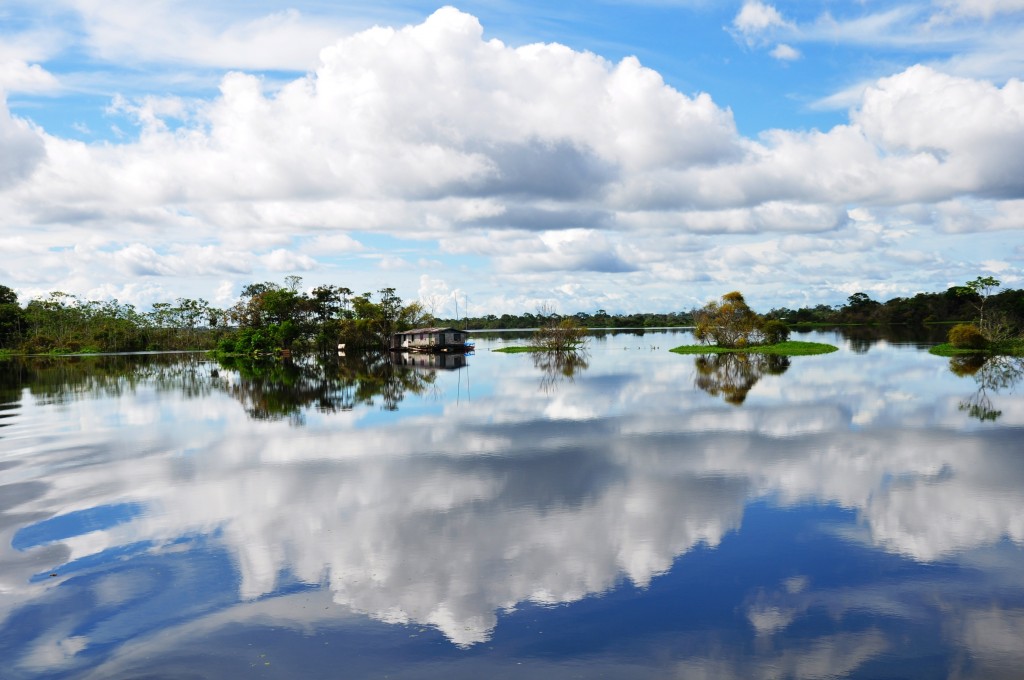 After a few hours of sailing, passing wonderful landscapes and pristine nature on the way, we finally got to the Juma lake.After anchoring we got into the kayaks to observe nature at sunset. Pink dolphins popping up from the water, beautiful birds, monkeys jumping on the trees – for a moment I felt like the world was unreal, I just could not believe my eyes! After a great trip, a swim in the lake and a night search for alligators. The darkness and silence around us, here and there strange noises coming out of the woods. After pointing the torch in the direction of the jungle we saw a multitude of crocodiles’ eyes reflecting the light. To this day I have no idea in what way our guide caught these medium-sized alligators, throwing them into out kayaks so that we could take a look at them. Anyway, it was a very interesting adventure (not to mention that the four of us, with the eyes full of fear, ran away on the other end of the kayak).

After a long adventurous day, a night in the surprisingly comfortable hammocks. Every day we got up at 5 am and set out for a kayak trip to admire nature during sunrise. While wandering through the jungle, we were constantly learning something. When a mosquito repellent didn’t work, I was smashing ants on a tree and then smeared them all over my body to effectively deter insects. I was careful not to step on the poisonous snakes (the closest hospital with an antidote was only in Manaus) and I learnt which tree leaves speed up healing of different types of cuts. I also learnt how to use a machete well (for shelling nuts or clearing undergrowth in the jungle). Men tasted different earthworms as they were supposed to have a Viagra effect:). At night, around the campfire, the guide was telling us the stories after which every rustle or murmur was a horror for us.

The returning trip was difficult. Although after that my clothes and shoes fitted only for the trash, if I only could, I would have prolonged this expedition for a couple of days. Passing by the bungalows built on stilts to protect their residents from frequent flooding, admiring indescribable beauty of nature, I felt very sad that we had to go back. After reaching the village and experiencing the traces of civilization, I needed a few hours to go back again to the hustle and bustle, noise and presence of a crowd of people. The trip helped me recharge my batteries and filled me with wonderful tranquility away from phones, computers and TV. If I have an opportunity, I will certainly go back to the Amazon.